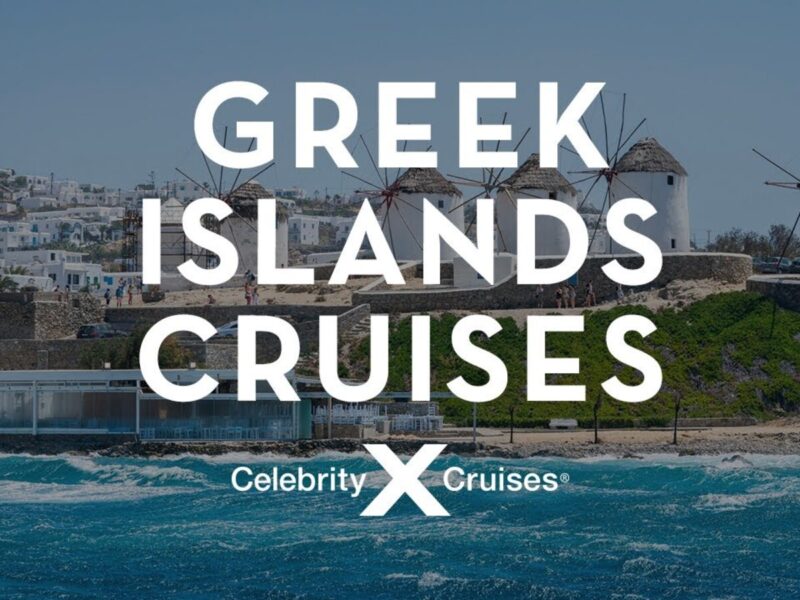 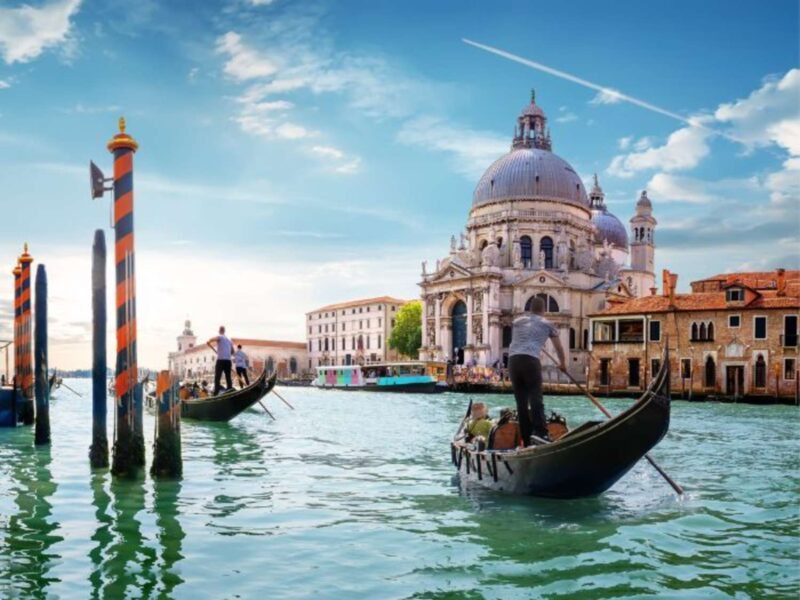 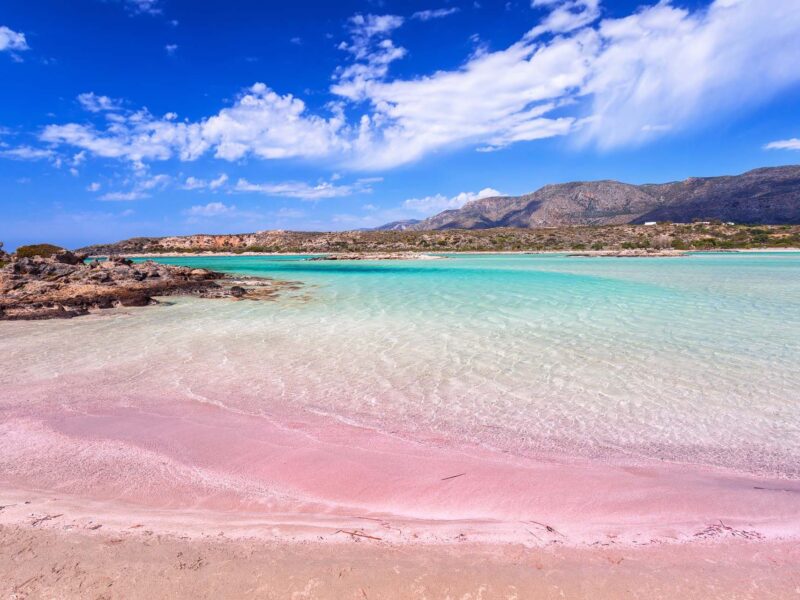 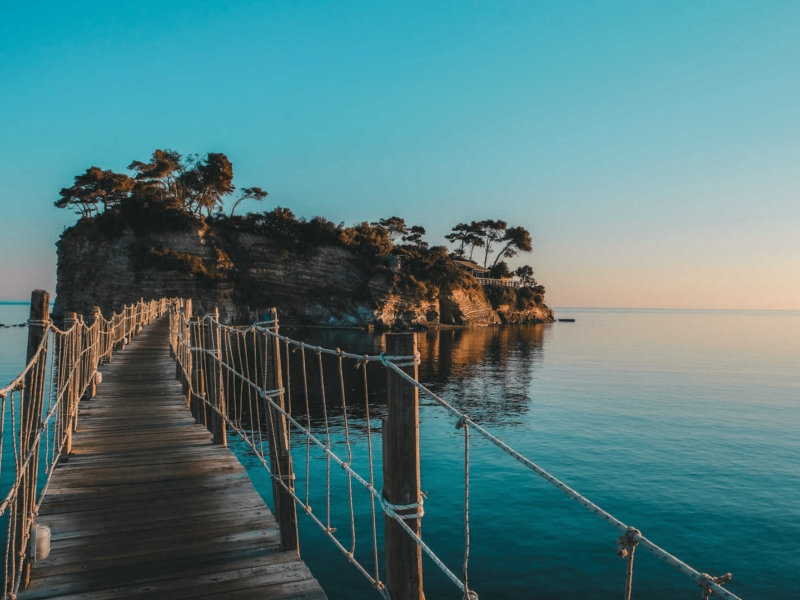 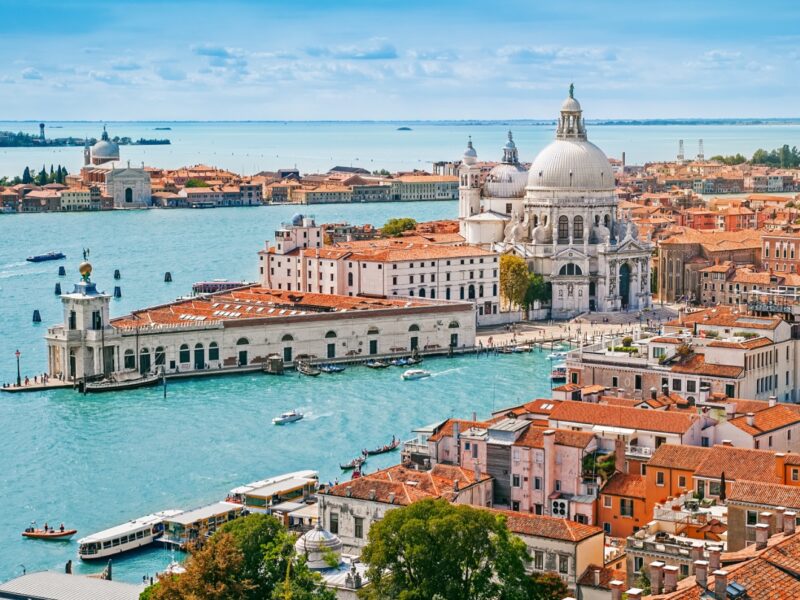 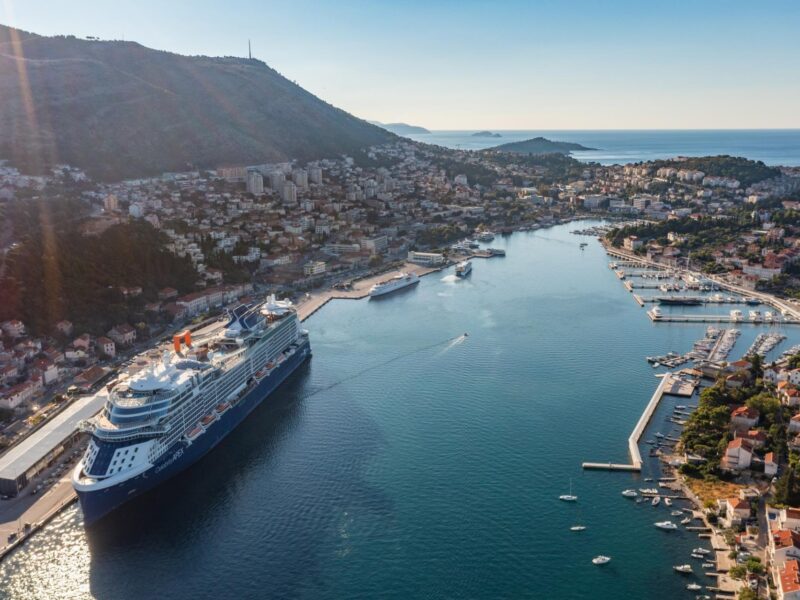 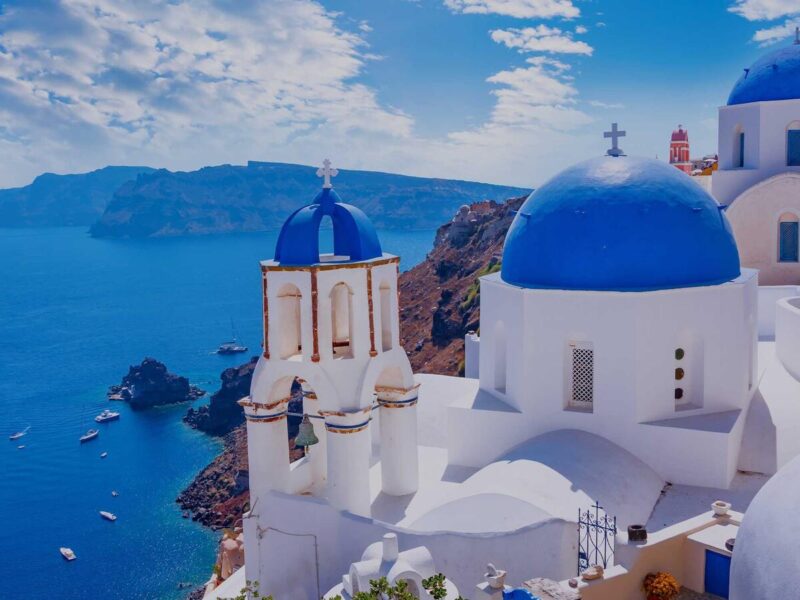 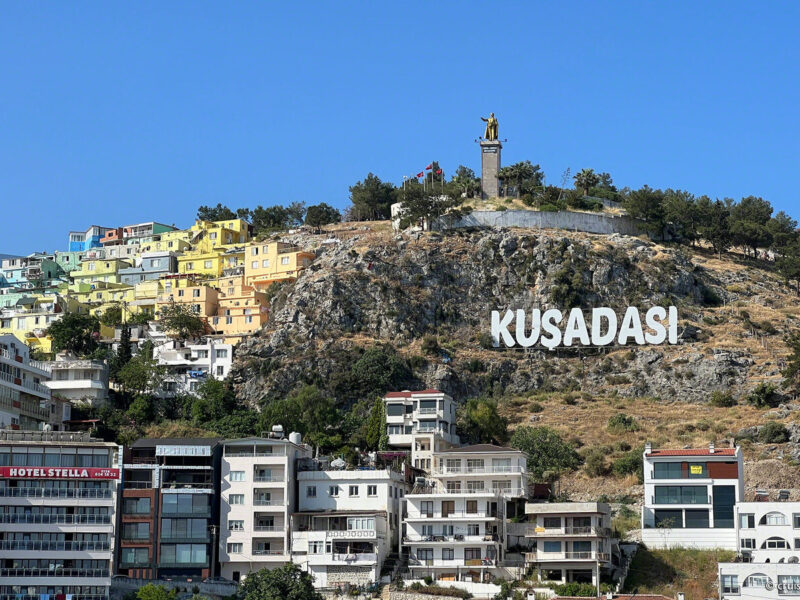 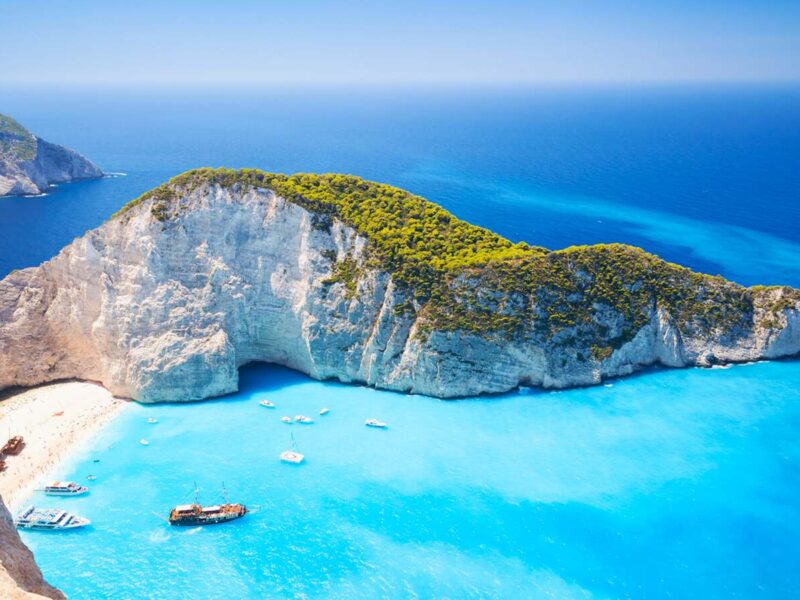 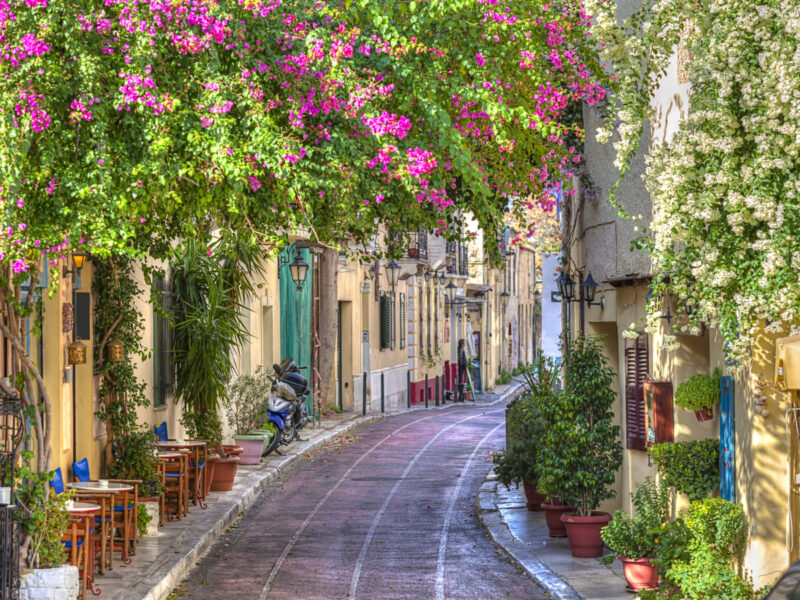 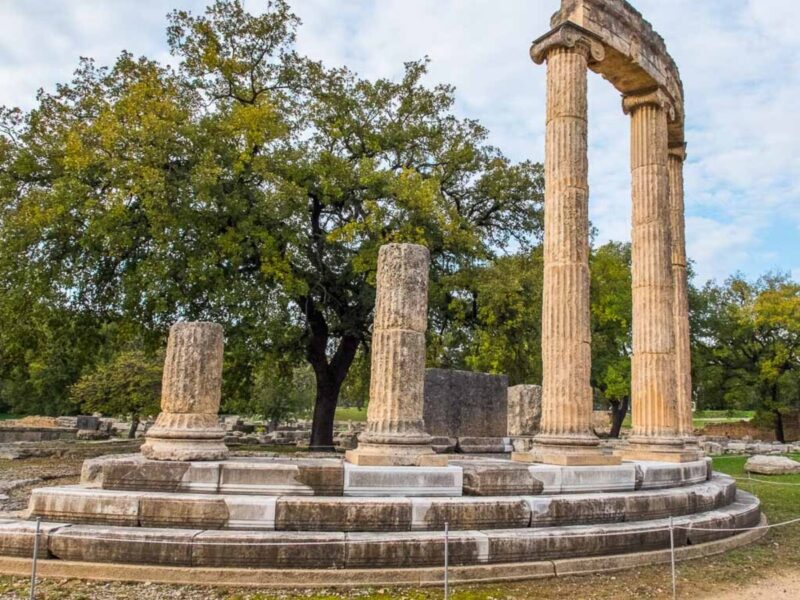 Explore the Greek Islands on a Luxury Cruise from Venice. Experience the glories of Greek history and culture, both ancient and modern, on a luxury cruise from Venice to Greece. Follow the glorious coastline of Italy through the Adriatic to the Aegean Sea to uncover ancient historical sites, pretty coastal towns, and enchanting Greek islands.
Marvel at the sparkling sapphire water, whitewashed buildings, blue-domed churches, and white-sand beaches that the Greek Islands are famous for. Explore magnificent antiquities, including the Parthenon in Athens and the site of Olympia, near Katakolon. Experience the famous Greek hospitality and sample fresh, tasty Greek cuisine. A cruise to Greece from Venice offers the perfect mix of sun-drenched shores, ancient wonders, and luxury.

Venice (Ravenna). Starting in the beautiful port city of Ravenna, you’ll have an instant taste of Italy’s dolce vita. Sample exquisite food and the immaculately preserved historical center of Bologna, a day trip from Ravenna. Head to Venice, one of Europe’s most iconic cities and explore the canals by vaporetto (water bus), or lose yourself in sunny piazzas and greeny-blue waterways lined by stately palaces. Marvel at the architectural masterpieces in St. Mark’s Square: St. Mark’s Basilica, the Doge’s Palace, and nearby, the Bridge of Sighs.
Athens (Piraeus). One of the oldest cities in the world, Athens sprawls over seven hills, the graceful Parthenon its crowning glory. Ancient sites like Acropolis Hill, the Temple of Zeus, Hadrian’s Arch, and the theater of Dionysos are even more impressive than you’d have imagined, while the history of this multi-layered city is showcased in several breathtakingly good museums. Wander the winding alleys of the boho Plaka neighborhood and feast on fresh seafood, and Greek specialties like tzatziki (a dip made from yogurt and cucumber) at a local taverna. Buy local ouzo (anise-flavored liqueur) to bring home as a souvenir.

Mykonos. Mykonos is the most cosmopolitan of the Greek Islands and beloved as much for its party-all-night reputation as for its whitewashed houses and golden beaches. Stroll the 18th-century waterfront of Chora, the capital, named “Little Venice” for its beautiful mansions and colorful balconies that arch out over the water. Ancient windmills, built by the Venetians in the 16th century, grace the hills above this part of the island. If you can dream of a beach, Mykonos can oblige. There are quiet coves for swimming and sunning, family-friendly beaches, trendy party beaches lined with bars and clubs, beaches perfect for windsurfing, and others offering prime snorkeling and diving opportunities.

Santorini. Considered the perfect romantic venue, Santorini is known for its spectacular sunsets and its picturesque towns, Fira and Oia, perched high up on the cliff edge of a vast caldera (volcanic crater). Both towns offer incredible sea views as well as chic restaurants, designer boutiques, and art galleries. Visit the extraordinary excavations at Akrotiri to learn about the ancient Minoans, or join a wine tasting tour to sample Santorini’s impressive vintages. Santorini beaches bear witness to eons of volcanic activity, with red and black volcanic sand and pebbles creating some of the most dramatic beaches in the world. Red Beach, considered the island’s most scenic, is an unusual and photogenic spot for swimming, sunbathing, and taking in the dramatic volcanic scenery.

Zakynthos. Zakynthos, a speck of paradise in the Ionian Sea, is the perfect place to lounge on sugary white sand beaches, or explore the underwater world. Take a water taxi to Shipwreck Beach, recognizable from thousands of photos, a dazzling strip of sand fringed by aquamarine water and towering white cliffs, the rusting hull of a wrecked ship as the centerpiece. Hop on a boat to Blue Lagoon, or visit the National Marine Park, where you might spot endangered loggerhead sea turtles.

Katakolon. Katakolon is a small, picturesque port town on the Ionian Sea, and the gateway to ancient Olympia. From the seventh century BC, Greek athletes would gather here every four years to participate in sacred games in honor of the Greek god, Zeus. While in port, sip strong Greek coffee and taste pastries at a waterfront cafe, visit galleries to see the work of local artists, and shop for handmade olive oil soaps, pottery, and leather goods.
Chania (Crete). Medieval architecture, a scenic Venetian-built port, and a string of long, sandy beaches are just some of the charms of Chania on the north-west coast of Crete. Stroll the charming Old Venetian Port all the way out to the lighthouse, one of the oldest in the Mediterranean. See the historic and cultural sights of Chania Old Town, then shop for local crafts, olive wood products, olive oil, and leather goods. Enjoy traditional Greek food at tavernas and cafés along the bustling waterfront.

Departure notes: From May To October 2023